Old Bo - The Tail Wagged of a Thief

T-Boned at the Augusta National

This hunter has a confession to make.


I hated old Bo as much as Uncle John loved him.

Bo was the fastest beagle in Uncle's pack of 32 and the houndish fellow had real charisma, hence John Rhodes would never leave the scoundrel home, as much as I wished he would. You might ask why a beagle could be despised by a fellow, especially one with “Happiness is a Beagle” emblazoned on a 40 year old sweatshirt. For me it was simple. I usually avoid people like old Bo.

The reason Bo always led the pack was straightforward.

While the rest of the pack sought the rabbit with nose to dusty ground, diligently working to stay on track, Bo would run ahead or cut in front. When the more deserving of his fellows would correct the course of the pack, after the rabbit threw them a loop or an out, Bo would always be opportunistically waiting to charge into the lead, his chop mouth a-barking.

I was aghast and disgusted. Bo was a cutter who stole the glory from those who worked very hard for it.

Taking all 32 of the pack was a troublesome affair. The hunters always had to keep count when loading the dogs up, lest one be left behind. A poor rabbit was doomed, because the pack would split, so that when he doubled back, he likely would run smack into the other half. One simply cannot convey the ground shaking racket 32 beagles make!

Uncle John's best friend was Judson Bentley brother to his brother-in-law Irving Bentley. Judson was a most humorous, often cigar-chomping fellow, who frequently accompanied Uncles John, Land and Andrew on their rabbit hunts. Jud was the grandfather of WGAC radio talk show host Austin Rhodes (no relation to John Rhodes or this writer's maternal grandfather).

John Rhodes was a notoriously frugal man. He drove a 1964 green Ford Ranger pickup. Instead of footing the bill for a serious box box to go in the back of it, Uncle fashioned a cover over the bed that was anchored in the corner post boxes. Instead of having a real dog box door, the box only had the tailgate to hold the pack in place. It was an accident waiting to happen.

One extremely cold morning in 1966, John, Land and Jud headed south toward Burke County with a half-compliment of 16 charged-up, excited beagles. In those days there was no Bobby Jones Expressway, so that the hunters leaving from Stevens Creek Road in Martinez had to pick a tortuous path down Washington Road, to Berckmans Road, over to Highland, then to Wheeless, over to Lumpkin Road and then south on Highway 56.

Just as they rounded the corner onto Berckmans Road at the big green water tower on the Augusta National side of the road, the truck either grazed the curb or encountered a bump. The tailgate fell down. All 16 beagles poured out into the intersection of Washington Road and Berckman's road! Cars swerved. Horns blew. After a few minutes traffic stopped. It was simply a miracle. John and Land caught and reloaded dogs while Jud, who at this point was pretty serious about events, counted. People got out of cars to help. Babe, Tiny, and Beulah were already rooting around in the vines along the National's fence trying to jump a rabbit. Sadly what could have turned into a epochal story of a beagle pack running wild down Magnolia Lane was thwarted by the excellent fencing. Beulah was not amused when Land picked her up. She growled.

Travelers kept feeding wayward hounds into the back of the truck.

Where was Bo? The uncles went looking while Jud lit a stogie.

They heard a commotion from across the street, in the A&P parking lot. A woman had dropped her bag of groceries, which gave that larcenous hound, Bo, his chance. Bo trotted back to his master, meeting him halfway across the lot, with a T-bone steak in his mouth. John Rhodes didn't know whether to laugh or cry, because he had to pay the woman for her spoiled groceries.Bo had done what he did best, cut loose from the others to steal a treat.

With Bo in hand and order restored, the party headed on down to McBean, where the threat was no longer automotive, but was more in the order of avoiding moonshiners, rattlers, and old Miz Robinson.

Jud talked about that morning for years and it became a Rhodes family legend.

History doesn't record what happened on the hunt that day, but hunters and 16 beagles were blessed with tragedy averted at the water tower. All have passed and all that remains is their memory.

I thought I was beyond Bo's reach when he died, but then cousin Hugh turned loose his pup Flash one morning the next season. The dog raced out ahead looking to cut in front and steal the lead. “Cheater!” I muttered....then a the thought hit. 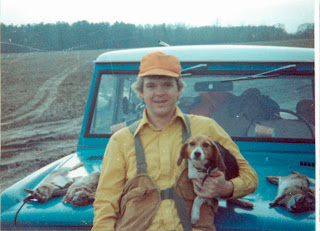 Enjoyed hearing that one again! I miss the days of the mid '80s running cotton tails in Burke and Screven with Molly, Dolly, Amos, Andy, ornery ole Jack et Al.

For the Latest Stink 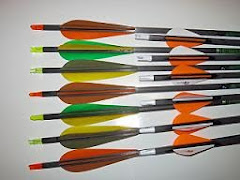 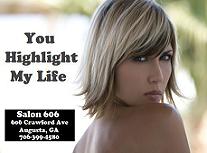